GREENWOOD VILLAGE, C--(뉴스와이어) 2021년 09월 30일 -- ANANDA Scientific Inc., a biotech pharma company, today announced the commencement of a clinical trial to be done in collaboration with the Jane and Terry Semel Institute at David Geffen School of Medicine at UCLA, to evaluate Nantheia™ ATL5, an investigational drug using cannabidiol (CBD) in ANANDA’s proprietary delivery technology as an Adjunctive Treatment for Opioid Use Disorder. An Investigational New Drug (IND) application is being submitted to the U.S. Food and Drug Administration (FDA) for this trial.

Pre-clinical and initial clinical studies show that ANANDA’s Liquid Structure technology (licensed from Lyotropic Delivery Systems (LDS) Ltd. in Jerusalem, Israel) enhances the effectiveness and stability of CBD. This innovation creates new potential for CBD therapeutics, in areas such as facilitating voluntary opioid sparing and the ability to reduce opioid intake in patients being treated or addicted to opioids.

“We are excited to be working with a world-renowned institution to further advance applications for Nantheia™ ATL5 in an area that could positively impact the lives of a large number of people suffering from opioid addiction. It is well known that opioids are a huge driver of overdose deaths in the US and that a non-addictive therapy is a significant unmet need,” said Sohail R. Zaidi, ANANDA’s President.

“We are very pleased to be collaborating with ANANDA on this significant trial expanding research into CBD medicinal products as therapeutic alternatives for Opioid Use Disorder,” said Dr. London. “This is a further critical step towards reversing the opioid epidemic, a major public health issue in the US and worldwide.”

“We are excited to be moving forward with this trial in conjunction with ANANDA,” said Dr. De La Garza. “Developing non-addictive alternatives to opioids addresses an important medical need and has the potential to positively impact the lives a large number of people.”

ANANDA is a leading research-focused biotech company pioneering high-caliber clinical studies evaluating therapeutic targets for cannabinoids. The company employs patented delivery technologies to make cannabinoids and other plant-derived compounds highly bioavailable, water soluble, and shelf-life stable, and it focuses on producing effective, premium quality pharmaceutical products. Consistent with its strong research-based data, the company also has a growing pipeline of nutraceutical over-the-counter products. The company has successfully launched these products in the US and the UK, with expansion into additional markets such as the EU, China, Australia and Africa planned for the near future. ANANDA is expanding its research base through multiple sponsored research agreements with universities to diversify its technology portfolio. 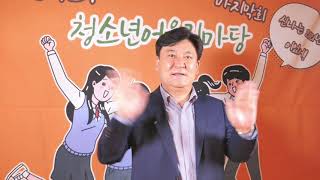 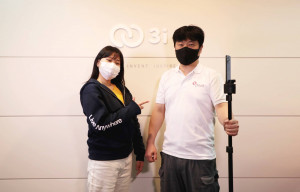